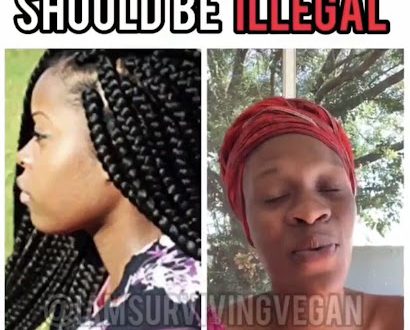 Many people saw the following video floating around on the internet titled “Kanekalon hair should be illegal.” In this clip, the woman says that we need to stop using Kanekalon hair because it’s carcinogenic. She further states that the two main components that makeup kanekalon, such as acrylonitrile, and vinyl chloride, affect the endocrine system (thyroid, ovaries, and breast). These chemicals can absorb through our skin or be inhaled and are toxic and cancerous.

Knowing very little about Kanekalon hair, We decided to research how Kanekalon hair is made and whether these ingredients were toxic.

So I quickly found https://www.kanekalon-hair.com/en/about.html, a company that manufactures Kanekalon, and learned that there are four types of fibers used for hair accessory products.

Modacrylic fiber: This synthetic fiber is composed of acrylonitrile and vinyl chloride

PVC fiber: This synthetic fiber is composed of vinyl chloride

Today I thought it would be good to focus on the first two since they contained the same fiber the lady discussed in the video, acrylonitrile and vinyl chloride.

So now that I learned what Kanekalon Fiber is composed of, I wanted to know how they are fused. One patent reads:

The Kanekalon Fiber is a modacrylic fiber composed of a combination of two monomers: acrylonitrile and vinyl chloride, which are joined together in a process called Co-polymerization. Co-polymerization produces a dry resin which is in turn dissolved into a liquid state or dope. This solution is forced through a multi-hole metal disk called a spinnerette, then into a water bath where it solidifies to form continuous strands. These strands or filaments called “tow” are then dried and stretched and finally become fiber as we know it.

Synthetic hairs are made from low-grade acrylic heated and strung into strands to make individual hair fibers. These fibers are then tied into extensions to make wigs, weaves and braiding hair.

If you care to dig a little deeper about how monomers and polymers are combined in the hair-making process, then check out this Yale Professor’s explanation.

Now that I learned how Kanekalon hair was made, it was time to dive into these compounds.

According to the NIH, exposure to acrylonitrile irritates the mucous membranes and causes a headache, nausea, dizziness, impaired judgment, difficulty breathing, limb weakness, cyanosis, convulsions, and collapse. Acrylonitrile is reasonably anticipated to be a human carcinogen and may be associated with an increased risk of developing lung and prostate cancer.

I went a step further and dug into my favorite website to research skin and hair care ingredients on EWG Skin Deep to find the toxicity score and further research on acrylonitrile. According to the website, acrylonitrile has a toxicity score of 7 out of 10 with robust research on the matter, supporting claims that it is a human lung and skin toxicant, a possible human carcinogen, cancerous, and some limited research on reproductive and developmental toxicity.

Additionally, on the EPA’s website, acrylonitrile is said to be classified as a probable human carcinogen (Group B1)

Wow, this all gave me a lot of pauses, but I still had one more ingredient to investigate Vinyl Chloride.

Vinyl chloride is a colorless gas that burns quickly and is used to make polyvinyl chloride (PVC), used for plastic products, such a wire, cable coating, packaging material, and wigs. Exposure to vinyl chloride may come through inhalation via tobacco smoke and, unfortunately, contaminate the water supply.

The first website I found relating to the effects of vinyl chloride came directly from cancer.gov:

Vinyl chloride exposure is associated with an increased risk of a rare form of liver cancer (hepatic angiosarcoma) and brain and lung cancers, lymphoma, and leukemia.

The CDC also states that vinyl chloride gas can pass through your skin and enter your body. They also say that breathing high levels of vinyl chloride will make you feel dizzy and sleepy.

Finally, I found a study showing that volatile organic compound emissions from heated synthetic hair. The study said that when flames are used on this hair, e.g., when you “burn the tips” of your synthetic braids to prevent unraveling, it releases toxins into the air that may trigger asthma or cause you to feel dizzy or sleepy. Additionally, it noted that when the hair is heated (curling iron or flat irons) without singeing, VOCs were still released into the home, many of which are toxic and or carcinogenic.

Though there have not been any studies done directly on black women wearing Kanekalon hair, the research supports that the two ingredients used to make Kanekalon fibers, the Modacrylic and PVC and proven toxins and are cancerous.

Feeling unsatisfied with our research result at Poshglad Braided Wigs, we decided to ask a scientist and a molecular biologist from Yale University about this topic, and here is what they have to say,

Word from a chemist

Sodium and hydrogen are incredibly explosive, but they produce water ”H2O” when combined. Kanekalon hair production goes through a similar chemical reaction, and the final product is not Toxic. However, we all know that the abuse of anything is harmful.

Word from a molecular biologist

As a molecular biologist, I don’t think we should conclude from what is stated because these chemicals are polymerized to form these fibers. Polymerization is a chemical reaction which means that the polymerized compound will have different properties to the individual chemicals. For example, if you put Sodium in water, it’ll light up and, when chlorine is inhaled, it’s poisonous, but when Sodium and chlorine react, we have a table salt known as sodium chloride, which is NOT harmful. So, it would be misleading to suggest that kanekalon hair is toxic.

In conclusion, no known medical study, experiment, or evidence confirms that kanekalon hair causes cancer, so for these reasons, we do not think that kanekalon is directly related to causing cancer. It’s all hearsay or personal opinion from people. Stay tuned for when we talk about the other two compounds and braided wigs.

Previous Bong – Here Are Some Essential Aspects You Should Know About It!
Next 10 Quirky Tattoos You Can Sport If You Love Wearing Half-sleeves

How many grams of fat per day on keto 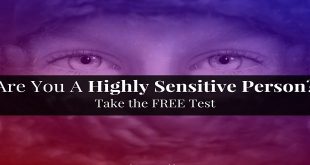 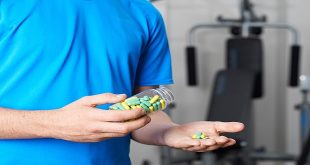 The Advantages of Steroids for Health and Performance 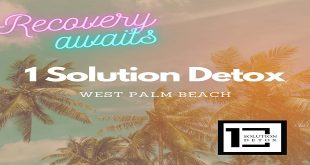 Detox Near Me? Or 1 Solution Detox?

Detox is the gateway to a second chance at living a better life. That is …