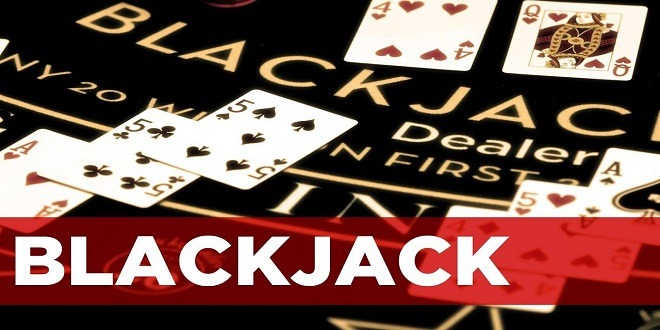 How to Play Blackjack for Beginners

Object of the game

Your object in casino blackjack is to beat the dealer. This can be achieved in two ways:

When you have a higher total than the dealer without exceeding 21.

When the dealer’s total exceeds 21 (assuming the player has not exceeded 21 first).

In casino blackjack, if the player and the dealer both hold the same total of 21 or less, the hand is a push, nobody wins.

If the drawing of additional cards to the initial two cards dealt causes the point total to exceed 21, then that hand is said to be busted, an automatic loss. Busted hands should be turned up immediately. Once you have busted, your hand is lost, even if the dealer busts as well afterward. If the dealer busts, all remaining players automatically win their bets.

Blackjack is played with a standard deck of cards, or up to eight decks shuffled together. Each card in the deck is counted at face value; 2 equals 2 points, 3 equals 3 points, and 10 equals 10 points. The face cards, jack, queen, and king, are counted as 10 points. The ace can be counted as 1 point or 11 points at the player’s discretion. When the ace is counted as 11 points, that hand is called soft, as in the hand A7, which is a soft 18. All other totals, including hands where the ace counts as 1 point, are called hard, as in the hands 107 and 106A, which are both hard 17s.

The dealer must play by prescribed guidelines. He must draw to any hand 16 or below and stand on any total 17-21. The dealer must count his ace as 11 points if that gives him a hand totaling 17 through 21, otherwise, he must count the ace as 1 point. In some casino, the rules dictate that the dealer must draw on soft 17. In these casinos, the dealer’s ace will count as 1 point when combined with cards totaling 6 points, for example, the dealer will have to draw with the hand of A23 (a soft 16) until he forms a hand of at least hard 17. The dealer has no playing options and cannot deviate from the above-stated rules.

Unlike the dealer, you can vary your strategy. After receiving your first two cards, you have the following options:

If you are not satisfied with your two-card total, you can draw additional cards. To draw a card, you scrape the felt surface with your cards, scraping toward your body. In a game where both the player’s cards are dealt face-up, you are not supposed to touch the cards and instead scratch the felt with your index finger or point toward the cards if you desire an additional card or cards.

When you are satisfied with your hand and do not wish to draw additional cards, you signal this by sliding your cards face down under your bet. When the cards are dealt face-up, you indicate your decision to stand pat by waving your hand palm down over your cards.

This option allows you to double your original bet, in which case you must draw one additional card to your hand and cannot draw any more cards thereafter. To double down, you turn your cards face up and place them in front of your bet. Then you take an amount equal to your original bet and place those chips next to that bet so that there are now two equivalent bets side by side. In games where the cards are dealt face-up, you simply place the additional bet next to your original one to indicate the double down.

If you’re dealt two cards of equivalent ranks, such as 33, 77, 88 (any combination of 10, J, Q, K is considered a pair), you can split these cards so that two separate hands are formed. To split a pair, you turn your pair face up, separate them, putting each card in its own place in front of your bet. You then place a bet equal to the original wager behind the second hand. Each hand is played separately, using finger and hand signals to indicate hitting and standing. In games where both your cards are dealt face-up, the split is indicated by placing the additional bet next to the original one. You use hand signals as above to indicate hitting or standing.

Doubling Down After Splitting

You can double down on one or both of the hands resulting from a split according to the normal doubling rules of the casino. This option is offered in all Atlantic City casinos and in certain Nevada casinos. It is also found in Australia, Great Britain, various European and Asian casinos, and southern Africa. For example, if a pair of 8s is split, and a 3 is drawn to the first 8 for an 11, you may elect to double down on that 11. You do so by placing an amount equal to the original bet next to the 11. You’ll receive only one additional card for that hand. The other 8 is played separately and can be doubled as well should an advantageous card such as a 2 or 3 be drawn.

You may “surrender” your original two-card hand and forfeit one-half of your bet after it has been determined that the dealer does not have a blackjack. This option is frequently allowed in Asia and the Caribbean, while in the United States, surrender is offered in only a few casinos. To surrender, you turn both your cards face up, put them above your bet, and say “surrender.” In a game where both your cards are dealt face-up, you announce your intention verbally to the dealer. The dealer will collect the cards and take one-half of the bet.

This is a player option that allows you to give up your hand and lose half your bet before the dealer checks for a blackjack. This very favorable option was originally introduced in Atlantic City but is no longer offered because of subsequent changes in Atlantic City rules.

THE PLAY OF THE GAME

The dealer begins by shuffling the cards and offering the cut to one of the players. If refused, it is offered to another player. The dealer then completes the cut and removes the top card, called the burn card. In single-and double-deck games, the burn card is either put under the deck face up, where all subsequent cards will be placed or is put face down into a plastic case (procedures vary from casino to casino) to be followed similarly by future discards. In games dealt out of a shoe, the burn card will be placed most of the way into the shoe and discards will be put in the plastic case situated to the right of the dealer.

The casino employee responsible for the running of the blackjack game is called the dealer. The dealer’s duties are to deal the cards to the players, and playout his own hand according to the rules of the game. He converts money into chips for players entering the game or buying in for more chips during the course of play, makes the correct payoffs for winning hands, and collects bets from the losers. The dealer’s supervisor—technically called the floor man, but more commonly referred to as the pit boss—is responsible for the supervision of between four to six tables. He makes sure the games are run smoothly and he settles any disputes that may arise with a player. More importantly, his job is to oversee the exchange of money and to correct any errors that may occur. 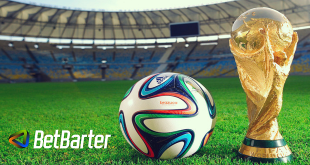 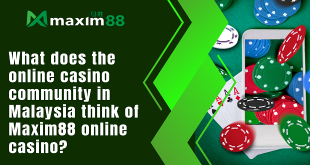 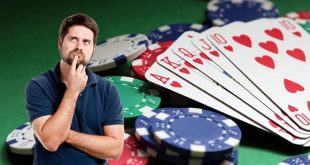 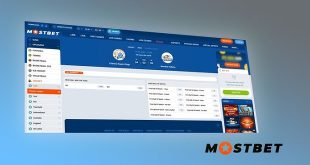 How is the registration process in Mostbet

Mostbet does not provide for a demo mode, therefore, in order to gain access to …